After a hard rushing design period, we’re proud to say that all FIVE kingdoms are now completed for Wild Wars!  This means that you can not only fight between Land, Sky, Sea, Underground, and Forest creatures, but more advanced players can create dual kingdom decks to wage war with!  Multi-star animals have been created, as well, with the Triple Star Cards and General cards holding the place of super-high rarity cards in upcoming booster packs!

For those excited to purchase booster packs, we’re in the process of arranging those and will have a special animal print booster pack for sale when we do our live demos and game training at Gen Con in Indianapolis, IN on Family Day on August 2nd!  (If you’ll be at GenCon, be sure to get tickets, as they’ll be going fast!) 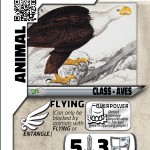 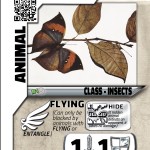 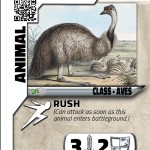 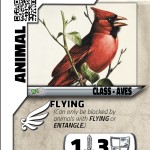 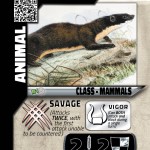 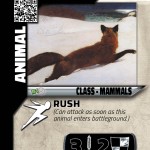 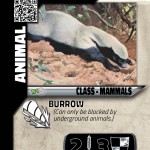 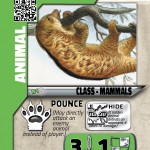 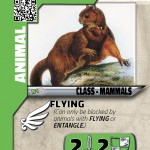 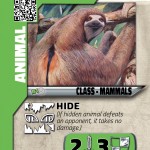 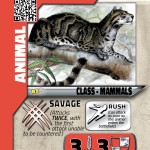 The rare Clouded Leopard has the coveted Savage ability, as well as the speed of Rush! 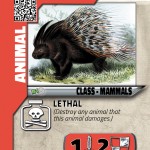 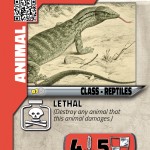 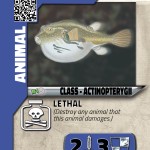 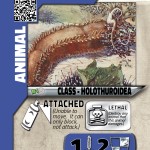 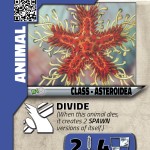 A number of oceanic creatures, like this Starfish, have the ability to be divided and replicate into other, smaller versions! 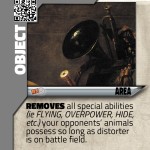 Loud noises can be so damaging to animals that they can lose some of their key defenses! 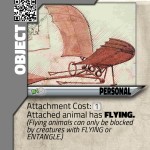 Our cards use beautiful art from the past, like this glider envisioned by Da Vinci! 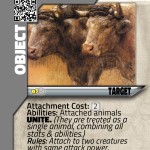 Special hidden objects, like this Yoke, can give an impressive combo ability to Novice and above decks! 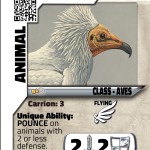