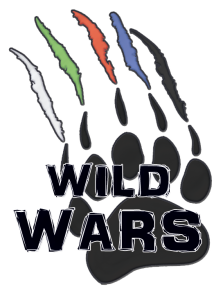 After the Fall, the world of man has been depleted to the brink of extinction and now only a handful of people survive.

Those that have, have allied themselves with hordes of animals from the five habitats: Land, Sea, Underground, Forest, and Sky. You are a general of one of these hordes and will work together with your animals to claim a new habitat to live in, fighting against enemy generals’ who seek to stop you in these Wild Wars for survival.

Unlike most other Card Games, which use magical and fantasy creatures, Wild Wars is based on real world animals with actual abilities!

Wild Wars is great for ages 7 and up, teaching the concepts of more complex strategy card games in a way that younger players can understand, but which older players will find challenging and stimulating!  Additionally, the real world basis for this game which is rooted in science and nature helps foster a curiosity about the world around us for most players!  (Even super science nerds will likely stumble across some interesting things to learn about the world we inhabit while playing a game of Wild Wars!)

Single decks, dueling decks, and deluxe dueling decks are able to be purchased directly through our storefront at DriveThru Cards!

Wild Wars uses the incredible animals found in our own world to encourage a love of science and wonder of the world around us. By pairing actual abilities these animals possess with gameplay, Wild Wars creates a revolutionary form of enriched learning!  Each card comes with a QR code to let you learn more about the animals, objects, and food sources you’ll be using!

By using iconic images to show animals’ strengths and abilities, younger players can grasp strategy in a whole new way! More experienced strategy players will find Wild Wars far more relaxed to play than other games due to the easily recognized icons! 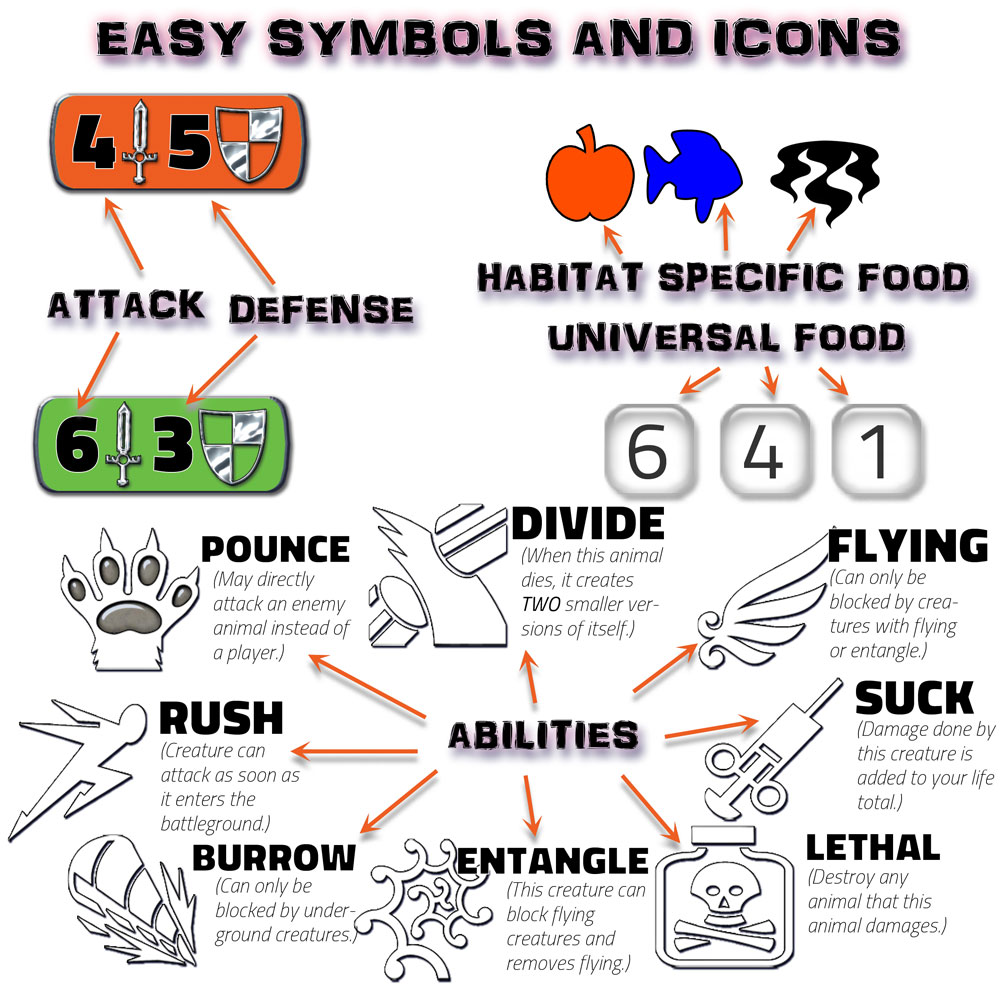 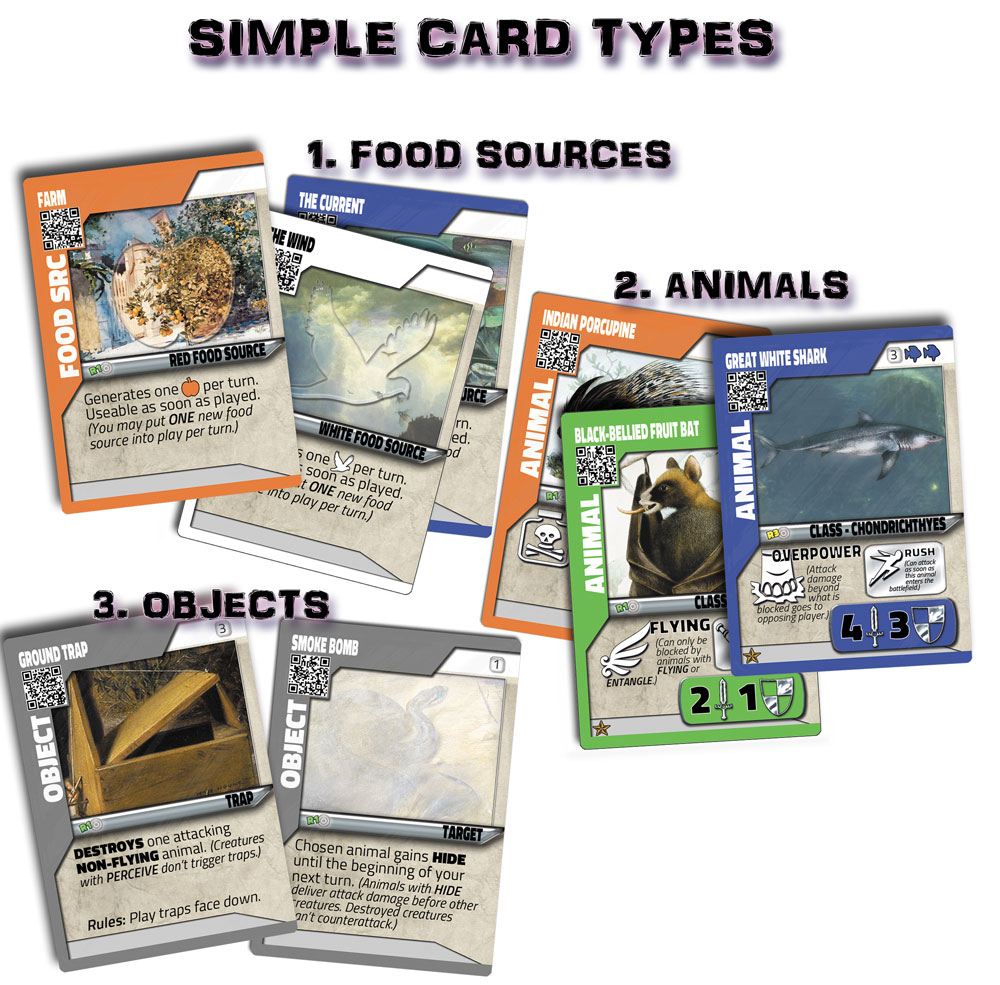 To challenge more advanced players, there are at least 4 color-specific, strategy-shifting generals available for every deck! Plus, each general is based on a real people group or job, encouraging exploration of the real world through the game!  As with the other cards, each general has  QR code to let you learn more about the real world job or people group described! 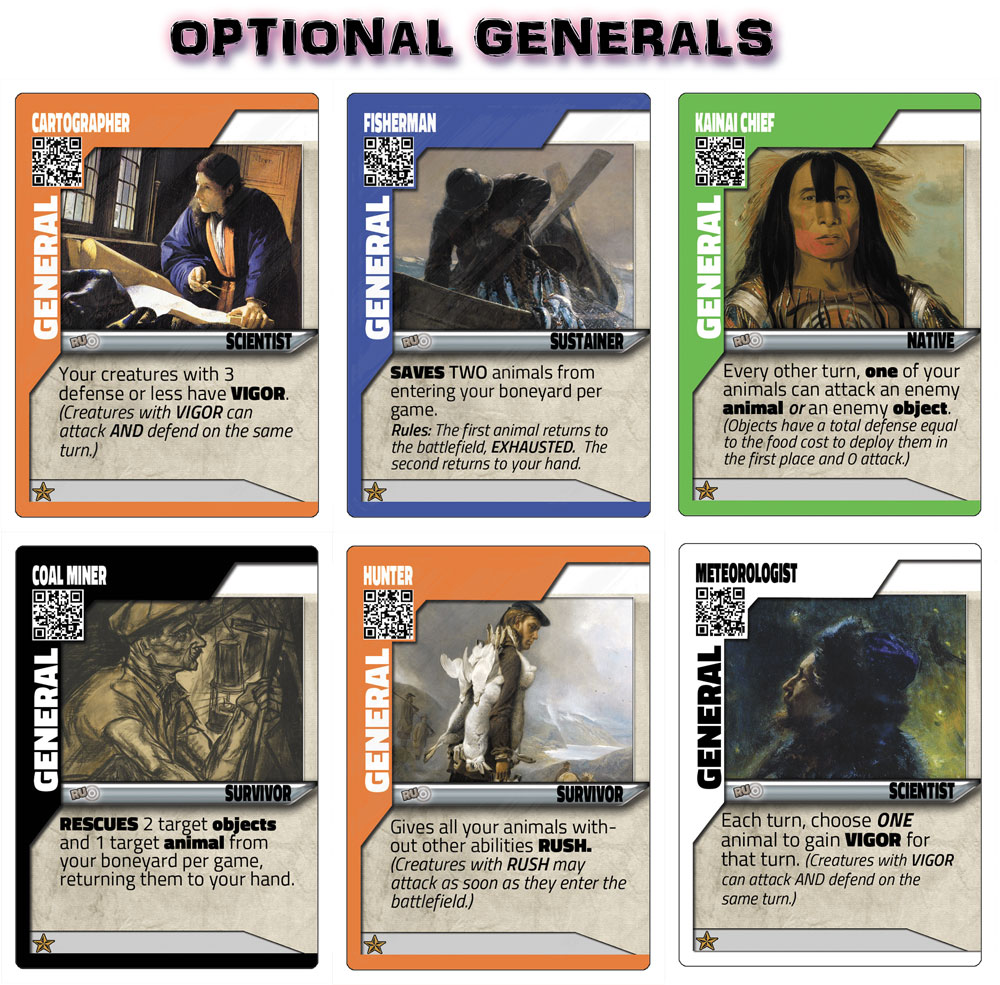 Because Wild Wars is a CCG (Collectible Card Game), it’s not limited to the core decks, so players start with a basic deck and then are free to swap in better pieces from other decks and expansion packs to more fully reflect their preferred game play as they learn and grow! Players are encouraged to combine kingdoms to create hybrid armies, to swap in all-stars from a roster of current and soon-to-be-released generals, and trade with friends to create the most powerful army! 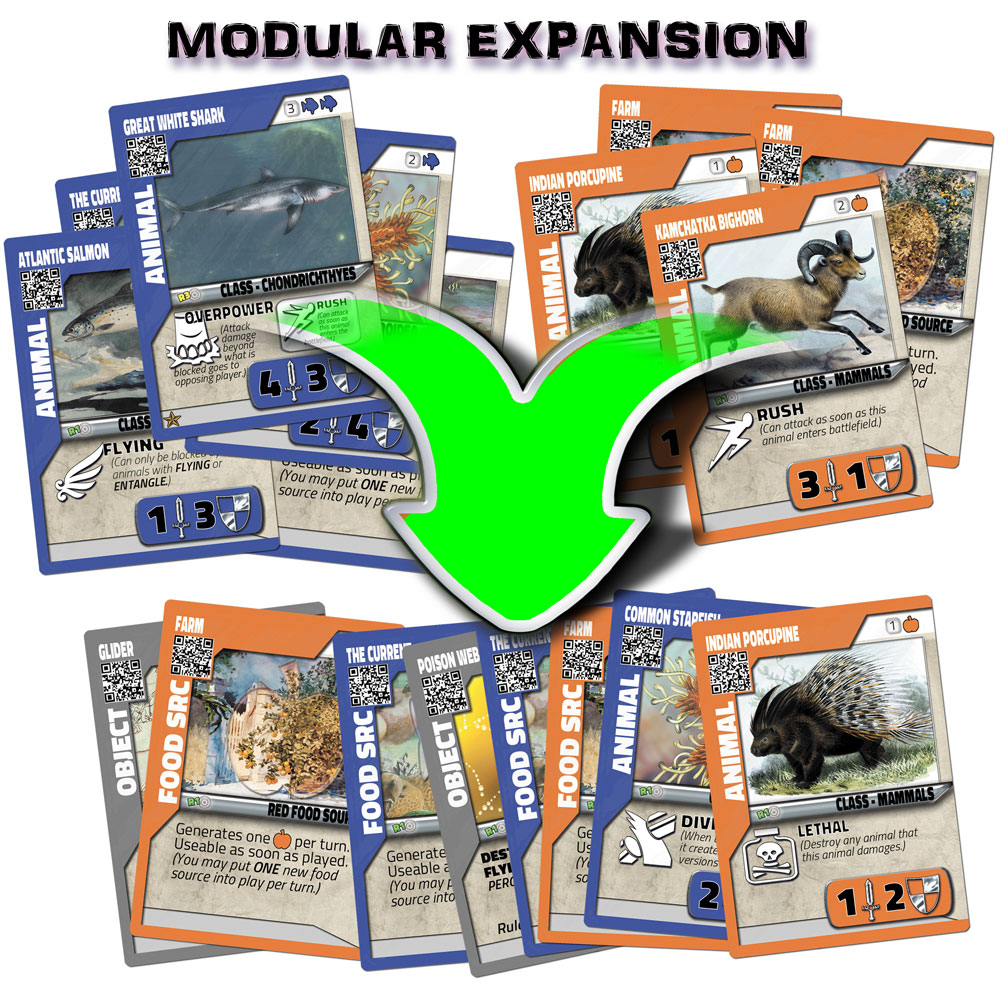 The Wild Wars proprietary Power Star System allows the game to advance with the player’s skills. With complexity measured by stars, the more stars on a card, the more options it has–and the more advanced it is! This allows households with a variety of ages and skill levels within them to quickly transform decks to fairly compete!

To assist with gameplay that explores the world in a whole new way, Wild Wars uses artwork by master artists and inventors from the past four hundred years to illustrate each card and concept!  In addition to more well known artists like Leonardo da Vinci and John James Audubon, there are amazing naturalists like Joseph Smith, William Homes Lizar, and Joseph Wolf, as well as unexpected artisans like British-thief-turned-Australian-Prison-painter William Buelow Gould!  The QR codes on each card will let you learn, not only about the animal or general on the card, but more about the artist whose art was used, as well. 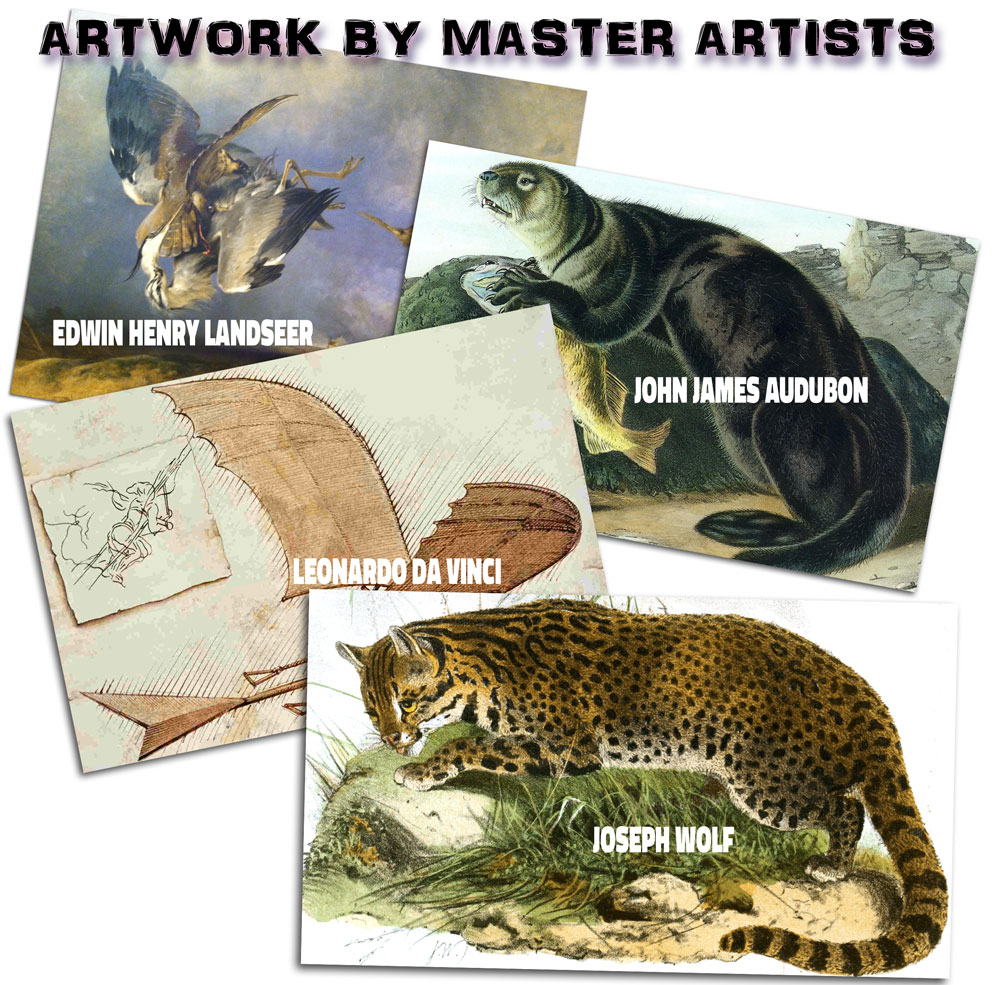 How many players can play?

Wild Wars is ideally suited to two players, but, with one deck per player, you can play with up to four. In larger games, players will enjoy the challenge of competing against multiple opponents at once, having to come up with more complex forms of strategy to deal with them. (We do recommend a starting life total of 15 for three players, and 20 for four players!)

How do I get started?

Unlike some more complex collectible card games, Wild Wars intentionally makes getting started really simple. While more experienced players may want to get a Solo deck and expand it (or even create one from scratch) to build the “ultimate” fighting deck, most people want to start with a game that has everything you need to start playing “in the box,” so to speak.

As such, one of our Basic Duel Decks is the perfect way to get started with Wild Wars. Each set includes two complete 42 card dueling decks (along with any requisite Spawn cards)–everything you need to enjoy rousing fights between major animals from two competing kingdoms! (For more advanced players, the Deluxe versions are an even better value because they include 8 game-changing generals–four for each deck!)

This video shows the basics of gameplay so you can get started with the game. (To get a better feel for the game after you watch it, download the Basic Rules Printable PDF.)

Ready to get started with the fun of Wild Wars at our current special discount pricing?